How the Office for Civil Rights Handles Complaints 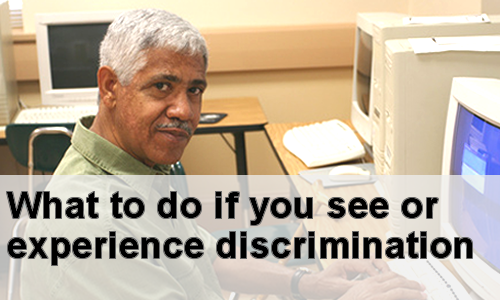 Overview
Below is a summary of OCR's complaint processing procedures. For additional information please see our Case Processing Manual.

Some of the reasons for OCR’s dismissal of a complaint include:


1These procedures are a summary of OCR’s Case Processing Manual (CPM); the CPM contains more detailed explanations of OCR’s procedures. 2Complaints that allege discrimination based on age are timely if filed with OCR within 180 calendar days of the date the complainant first knew about the alleged discrimination.


OPENING THE COMPLAINT FOR INVESTIGATION

INVESTIGATION OF THE COMPLAINT


OCR may use a variety of fact-finding techniques in its investigation of a complaint. These techniques may include reviewing documentary evidence submitted by both parties, conducting interviews of the complainant, recipient’s personnel, and other witnesses, and/or site visits. At the conclusion of its investigation, OCR will determine, with regard to each allegation, whether:

OCR’s determination will be explained in a Letter of Findings sent to the complainant and recipient. Letters of Findings contain fact-specific investigative findings and dispositions of individual cases. Letters of Findings are not formal statements of OCR policy, and they should not be relied upon, cited, or construed as such. OCR’s formal policy statements are approved by a duly authorized OCR official and made available to the public.

RESOLUTION OF THE COMPLAINT PRIOR TO THE CONCLUSION OF THE INVESTIGATION

RESOLUTION OF THE COMPLAINT UPON A DETERMINATION OF NONCOMPLIANCE

Mediation is a form of complaint resolution that OCR offers as an alternative to its investigative process. Mediation is an informal process in which a staff member from OCR who is trained in mediation assists the parties to reach a negotiated resolution of the complaint. The mediator does not decide who is right or wrong and does not have the authority to impose a settlement on the parties. Instead, the mediator helps the parties to find a mutually acceptable resolution to your complaint. Mediation is a strictly voluntary process. If either party does not want to participate in mediation, OCR will address the complaint through its regular processes.

(b) Mediation During Investigation Process

During the course of OCR’s investigation of the complaint, the complainant and recipient may express interest in resolving it through mediation. If OCR determines that mediation is appropriate, OCR will facilitate settlement discussions between the parties.

OCR does not approve, sign or endorse any agreement reached between the parties as a result of the early mediation process or the mediation during investigation process, and OCR does not monitor the agreement. However, if a material breach of the agreement occurs, the complainant may file another complaint with OCR within 180 days of the date of the original discrimination or within 60 days of the date the complainant obtained notice that a material breach occurred, whichever date is later.

NOTE: OCR affords an opportunity to complainants to appeal certain determinations and dismissals if the complaint was filed with OCR prior to July 18, 2022.

Complainants may appeal a determination(s) based on a finding of noncompliance (subsection 303(a)) and dismissals based on subsections 108(c), (d), (f), and subsections 110(a), (b) or (g) of the Case Processing Manual. An appeal can be filed electronically, by mail, or fax. The complainant must either submit electronically a completed appeal form or submit a written statement of no more than ten (10) pages (double-spaced, if typed) to the Office for Civil Rights, U.S. Department of Education, 400 Maryland Avenue SW, Washington, D.C. 20202; if submitted by e-mail, to OCR@ed.gov; if submitted by fax, to 202-453-6012. The filing date of an appeal submitted by mail is the date the appeal is postmarked or submitted electronically or by fax.

In the appeal, the complainant must explain why they believe the factual information was incomplete or incorrect, the legal analysis was incorrect, or the appropriate legal standard was not applied, and how correction of any error(s) would change the outcome of the case; failure to do so may result in dismissal of the appeal.

An appeal must be submitted within 60 calendar days of the date indicated on the letter of finding or the dismissal. A waiver of the 60-day timeframe may be granted where the complainant was unable to submit the appeal within the 60-day timeframe because of illness or other circumstances, or because of circumstances generated by OCR’s action that have adversely affected the complainant’s ability to submit the appeal timely.

OCR will issue a written decision on the appeal to the parties.

Prohibition against Intimidation or Retaliation

A recipient under the jurisdiction of the Department of Education may not intimidate, threaten, coerce, or retaliate against anyone who asserts a right protected by the civil rights laws that OCR enforces, or who cooperates in an investigation. Anyone who believes that he or she has been intimidated or retaliated against should file a complaint with OCR.

Investigatory Use of Personal Information

The information that OCR collects is analyzed by authorized personnel within the agency and will be used by OCR only for authorized civil rights compliance and enforcement activities. However, in order to investigate or resolve a complaint, OCR may need to reveal certain information to persons outside the agency to verify facts or gather additional information. Such details could include, for example, the name, age, or physical condition of the person who is the alleged subject of discrimination. Also, OCR may be required to reveal information requested under FOIA, which gives the public the right of access to records of Federal agencies. Disclosure will only be made as consistent with the Privacy Act, FERPA, and FOIA.

FOIA gives the public the right of access to records of Federal agencies. Individuals may obtain items from many categories of records of the Federal government, not just materials that apply to them personally. OCR must honor requests for records under FOIA, with some exceptions. If records are covered by the Privacy Act, they must be required to be released under FOIA. Generally, OCR is not required to release records during the case evaluation and investigation process or enforcement proceedings, if the release could reasonably be expected to interfere with or affect the ability of OCR to do its job. 5 U.S.C. § 552(b)(7)(A). Also, a federal agency is not required to release records if they are pre-decisional documents that would be subject to certain privileges in litigation. See 5 U.S.C. § 552(b)(5). A Federal agency may refuse a request for records if their release would or could reasonably be expected to result in an unwarranted invasion of privacy of an individual. 5 U.S.C. § 552(b)(6) and (7)(C). Also, a request for other records, such as medical records, may be denied where disclosure would be a clearly unwarranted invasion of privacy.

1 These procedures are a summary of OCR’s Case Processing Manual (CPM); the CPM contains more detailed explanations of OCR’s procedures.

2 Complaints that allege discrimination based on age are timely if filed with OCR within 180 calendar days of the date the complainant first knew about the alleged discrimination.