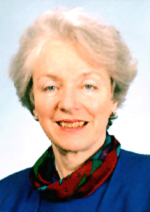 Madeleine Kunin's (pronounced Q-nin) record as Deputy Secretary of Education represents a continuation of her work in the issues that first drew her to public service two decades ago.

Kunin's policy-making experience as a state legislator, Lieutenant Governor and the first woman Governor of her home state of Vermont enabled her to be a leader in the Clinton Administration on a broad array of policy and reform initiatives.

Working closely with President Clinton and Education Secretary Richard W. Riley, she has played an integral role in getting the President's education reform agenda enacted into law -- a series of legislative acts that includes the Goals 2000: Educate America Act, the School to Work Opportunities Act, and the Safe and Drug-Free Schools Act. She established the Department's Office of Educational Technology, and was instrumental in the development of the Administration's direct loan program -- an innovative form of lending that has simplified the student loan process and is saving taxpayers billions of dollars. She chairs the Committee on Education and Training for the National Science and Technology Council.

As the Department's chief operating officer, Kunin sits on the President's Management Council and oversees the Department's involvement in the "reinventing government" effort to streamline management and operations. She led the development of the Department's first-ever strategic plan, which has resulted in the elimination or simplifying of half of the Department's regulations and greater decision making authority for front-line employees. Kunin's work in this area drew praise from The Washington Post for developing "new ways of doing business."

Beyond the Department, Kunin is a leader in the Administration's work on the environment and issues affecting women. She serves on the President's Council on Sustainable Development, the board of the National Environmental Education and Training Foundation, and the President's Interagency Council on Women. She was part of the U.S. delegation to the Fourth World Conference on Women in Beijing.

Kunin's efforts in education, the environment, and women's issues played a large role in her rise through the political ranks in Vermont. She is the only woman to have served three terms as governor of a state. During her tenure in office, teacher salaries in Vermont rose from a rank of 49th to 26th, access to kindergarten was guaranteed, and early childhood programs were expanded. After leaving office, she founded the non-profit Institute for Sustainable Communities, an international organization that is active in environmental education and management.

Born in Zurich, Switzerland, Kunin immigrated to the United States in 1940. Her political memoir, Living a Political Life, was published in 1994 by Knopf.
-###-