THE NEW TITLE IX RULE: EXCLUDING RELIANCE ON A PARTY’S “STATEMENTS” WHEN THE SEXUAL HARASSMENT AT ISSUE CONSISTS OF VERBAL CONDUCT 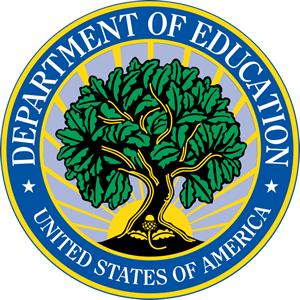 The new Title IX Rule becomes effective August 14, 2020. OCR will not enforce the new Rule until the Rule has become effective, and provides this information to assist recipients in preparing to comply with the new Rule.

Under the new Rule, postsecondary institutions must hold a live hearing after which the decision-maker must evaluate all relevant evidence (both inculpatory and exculpatory), and reach a determination regarding responsibility. See § 106.45(b)(6)(i), § 106.45(b)(1)(ii), § 106.45(b)(7). The Rule also states the following:

If a party or witness does not submit to cross-examination at the live hearing, the decision-maker(s) must not rely on any statement of that party or witness in reaching a determination regarding responsibility; provided, however, that the decision-maker(s) cannot draw an inference about the determination regarding responsibility based solely on a party’s or witness’s absence from the live hearing or refusal to answer cross-examination or other questions.

One question that a postsecondary institution may have is whether not relying on a party’s statement—because that party has not submitted to cross-examination —means not relying on a description of the words allegedly used by a respondent if those words constitute part of the alleged sexual harassment at issue.

The answer to that question is “no,” and to walk through this issue further, we reference a few excerpts from the Department’s preamble to the Rule.

At page 1179 of the preamble to the Rule, the Department explains that the prohibition on relying on the statements of a party or witness who does not submit to cross-examination is designed to protect the truth-seeking purposes of the process:

Because party and witness statements so often raise credibility questions in the context of sexual harassment allegations, the decision-maker must consider only those statements that have benefited from the truth-seeking function of cross-examination. The recipient, and the parties, have equal opportunity (and, for the recipient, the obligation) to gather and present relevant evidence including fact and expert witnesses, and face the same limitations inherent in a lack of subpoena power to compel witness testimony. The Department believes that the final regulations, including § 106.45(b)(6)(i), strike the appropriate balance for a postsecondary institution context between ensuring that only relevant and reliable evidence is considered while not over-legalizing the grievance process. [Emphasis added.]

Additionally, at page 1181 of the Preamble to the Rule, the Department clarifies that the term “statements” in § 106.45(b)(6)(i) does not apply to evidence that does not constitute a person’s intent to make a factual assertion:

The prohibition on reliance on “statements” applies not only to statements made during the hearing, but also to any statement of the party or witness who does not submit to cross-examination. “Statements” has its ordinary meaning, but would not include evidence (such as videos) that do not constitute a person’s intent to make factual assertions, or to the extent that such evidence does not contain a person’s statements. [Emphasis added.]

Throughout the Rule, the Department acknowledges that speech, when not protected under the U.S. Constitution, may constitute actionable sexual harassment when the misconduct consists of any one or more of the categories of misconduct defined as “sexual harassment” under § 106.30, even when speech is part of the misconduct at issue. See, for example, the Preamble at: p. 426 footnote 625; p. 474 footnote 680; pp. 497-98; p. 498 footnote 710; p. 502 footnote 726.